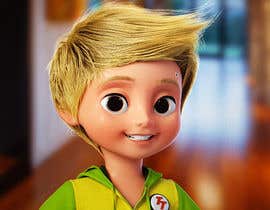 I am an independent producer of a brand new animation studio gearing up to take on Disney and Pixar! Yes you heard me correctly! We are looking to recruit a brand new creative army of undiscovered talent and we are launching our first big animation project on Kickstarter soon! We already have two established animation studios who have joined us and support for our project is growing daily and it is getting very exciting. We are now looking to fill our studio with unknown artists and writers who are VERY skilled in art, concept art and are creative and highly skilled in CGI animation and CGI modelling. We are also seeking script writing talent who dream about working in this beautiful, enchanting industry but have never been given a chance or worse, have been rejected by publisher after publisher, film studio after film studio and literary agent after literary agent. We know there are many creative people on planet earth who never get the chance to become somebody. Never get a chance to see their work in the big lights, but take heart, our animation studio is powered by forgotten, rejected and unknown artists and writers everywhere! We will be the new force in animation. ARE YOU WITH US? BIG NEWS COMING SOON.

HERE IS MY CREATIVE BRIEF:

I require a CGI artist to turn my pre-production drawing (see attached) of a young boy into a quality render of animation standard. The person whose render is chosen will have the opportunity to earn additional money further down the line rendering him in various poses. Chosen artist will not own the copyright since this is a commission based on my pre-production sketch. The subsequent amounts will be paid via paypal.

The little boy is dressed in a distinctive, all in one pyjama 'onsie' and wears slippers. His name is Tommy and he is an only child, and a little withdrawn but he loves playing with his toys. Tommy loves the night sky, the moon and astronomy. He yearns for adventure in far away worlds. Please see below similar images to get an idea of the pixar look I feel my character has to be. Please do not copy these characters in my project post since they are the copyright of their respective owners. I have posted them only to to serve as a guide only guys for interested artists..

If I find my 'go for it' artist who is willing to undertake this CGI task and renders me an awesome CGI version of my pre-production sketch I PROMISE that person they will be part of my production team should I be successful in securing the production budget to turn my project into a major movie and TV series (speaking with top USA and UK agents at the moment). I have already chosen the two animation studios who have agreed to produce my film should I secure funding. I will arrange with the artist upon my films production commencing a price that reflects the industry standard thereafter. Now, many will say ahhh rubbish and poo poo this project, but that's ok, it takes all sorts of folk to make a world. But if that one person out there amongst you has faith in my explanation and mucks in with me could soon be reaping the rewards of a fully financed production sooner than you think. Its a gamble for the artist and I greatly appreciate that.

“One of the most professional, talented guys around! He's simply the best!”